I've been involved in KDE Visual Design Group since its inception in summer 2013 to help out with Plasma 5, the next-gen KDE desktop, although not as a core member (those positions went to people far more experienced and capable than me and that's a good thing). I'm throwing around ideas, contributing mock-ups and providing hopefully constructive feedback. KDE Plasma 5 started shipping in major distros in early 2015 as version 5.2. None of my suggestions ever saw daylight. Then again I wasn't excepting that, being a total amateur and all.

KDE has tray icons which are as large as regular buttons. Unless user takes care in hiding most of them by default, it can become extremely long and messy. I made mockups showing how much horizontal space would be liberated if tray icons were just three pixels smaller vertically. 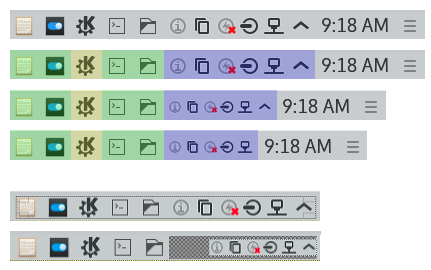 From top: 1) Initial tray area with shortcuts smashed right next to it. 2) Areas colored with tray in purple, shortcuts in green and menu in yellow. 3) Slightly vertically smaller tray. 4) Tray up-arrow removed since it's was kinda redundant in Plasma 5. Last two are tray area before/after with alpha channel left intact to show how space of two icons is gained with only three pixels.

Homerun launcher is by far the best menu for KDE in my opinion, replacing the classic menu in Plasma 5. I'd love to see it as polished as possible. And as the Plasma 5 default, not just inbuilt alternative. Kickoff is click-a-thon. 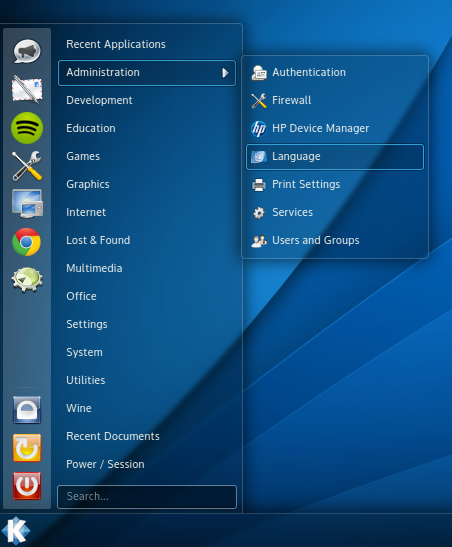 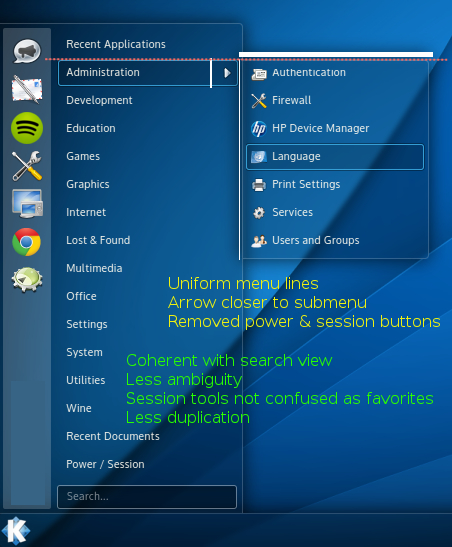 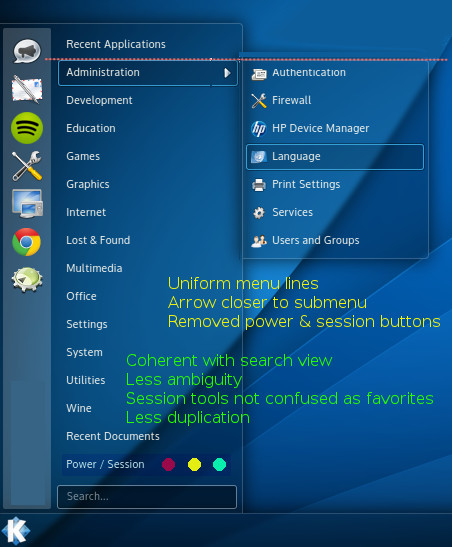 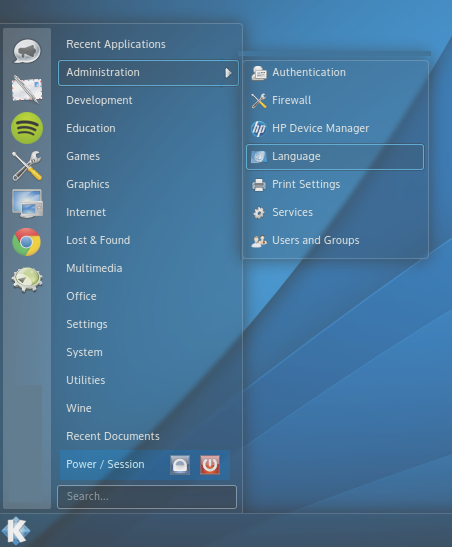 Literally five minutes in Kolourpaint after inspiration. There was a healthy discussion about undo/redo buttons not really conveying any meaning in their current curved arrows form. This was my take on the issue.

Undo. "No, this change was bad, cross over it and go back"

Undo v2. Now there actually is "it" that is crossed over.

Redo. "Actually the change was a-ok, let's redo it"

Now that Plasma 5 is finally superseding the old Plasma and I am running it on daily basis, I simply report Breeze bugs whenever I spot such things. It's such a fine theme, especially the dark variant.